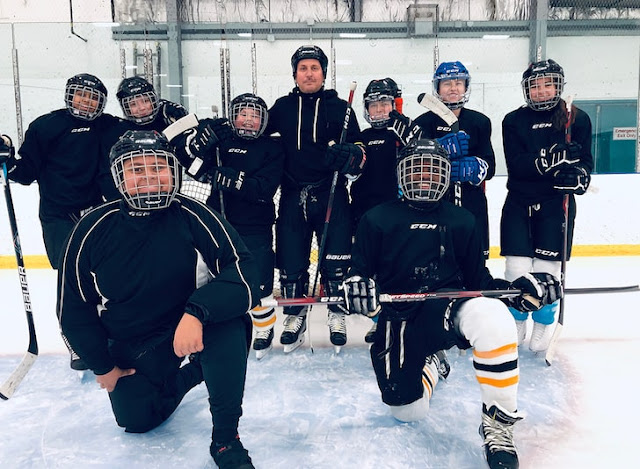 "Filming is already underway for the 10-episode TV series, which Disney says is set in present-day Minnesota and features the Mighty Ducks as an ultra-competitive, powerhouse youth hockey program.

Emilio's gonna reprise his role as Coach Bombay and guide a ragtag group of misfits as they discover the joys of playing for the love of the game. In other words, it's pretty much the same plot as the 1990s trilogy."

"On Thursday, Disney+ announced the 57-year-old actor will be reprising his role of coach Gordon Bombay — which he played in The Mighty Ducks film franchise — in the upcoming TV series based on the sports trilogy."
Posted by Eric at 10:29 AM