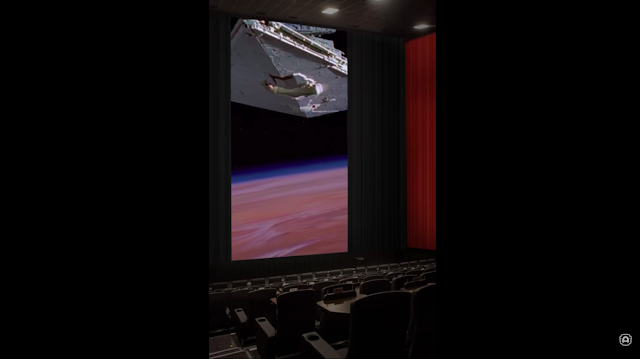 Quartz - "The age of the vertically shot blockbuster is upon us"

Russian director Timur Bekmambetov is "developing “the first vertical format blockbuster,” according to Deadline. Based on the true story of a Soviet fighter pilot who led an escape out of a Nazi concentration camp in World War II, the film, titled V2. Escape From Hell, will be shot and released entirely in vertical mode, rather than in the traditional horizontal format moviegoers are accustomed to.

Though designed to be watched on phones, the film will also be shown in theaters in 2021. It’s unclear exactly what that will look like on movie screens: Either the film will be projected exactly as it was shot (resulting in two large black bars on either side of the picture) or it will be reformatted to fit the big screen."

The Verge - "QUIBI VERSUS THE WORLD: Can Jeffrey Katzenberg and Meg Whitman change everything about video on your phone?"

"Jeffrey Katzenberg insists that his new video-streaming service Quibi isn’t competing against Netflix, Disney+, HBO Max, Peacock, or any of the other streaming services that have launched or are launching soon. You’ve got it all wrong. You’re not even asking the right questions.

“We don’t think we’re in the streaming wars,” Katzenberg, the former boss of Walt Disney Studios and founder of DreamWorks, tells The Verge in a closed-door meeting the day before the company’s grand reveal at a CES keynote. “They’re all battling for this,” he says as he thrusts his arm toward a TV in the room. “We’re going for this,” he says, gesturing toward his phone. “Don’t tell them!”

Katzenberg and Quibi CEO Meg Whitman, who is best known as the CEO of HP and eBay, are publicly announcing Quibi at CES — but not quite unveiling it — after having raised $1 billion on the promise of a roster of Hollywood stars and supposedly revolutionary video-streaming technology that delivers portrait and landscape video at the same time. Everything on Quibi is designed for viewing on a phone, on the go, in 10 minutes or less. These chunks of video are called “quick bites” — hence, “Quibi.”

When Quibi arrives on April 6th of this year, it’ll cost $5 a month for an ad-supported version or $8 a month for an ad-free experience. Katzenberg and Whitman formulated this idea nearly two years ago and have been relentlessly signing up the biggest names in Hollywood to be a part of it." 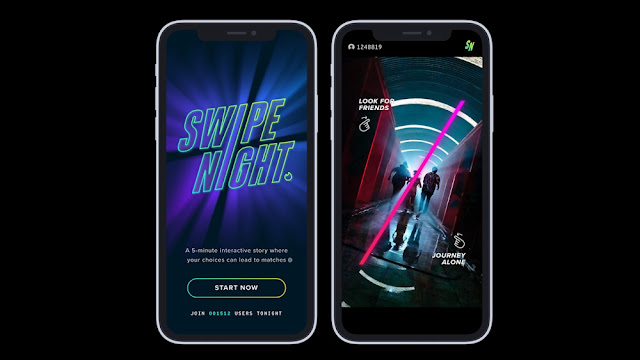 "Tinder next month will bow its first original entertainment content — “Swipe Night,” an interactive adventure series in which viewers are forced to make dating choices on humanity’s last night on Earth.

Variety previously reported details of the location-based social network/dating app service’s foray into original content, which recently wrapped production in Mexico City and was directed by Karena Evans, who has helmed numerous music videos for rapper Drake including “In My Feelings” and “Nice For What.” The project had a budget of over $5 million and the six-episode series has a total runtime of more than two hours, Variety reported.

The first episode of “Swipe Night” will premiere Sunday, Oct. 6 at 6 p.m. local time in the U.S. Subsequent installments will be released weekly on Sundays and will only be available for 6 hours (from 6 p.m. to midnight local time). The show’s title is a play on “swipe right,” the Tinder action for indicating you’re attracted to someone based on their profile.

Why is Tinder launching choose-your-own-adventure-style thriller about the end of the world? The company explained that by presenting a “shared content experience,” it wants to provide an icebreaker for Tinder members to connect with each other. " 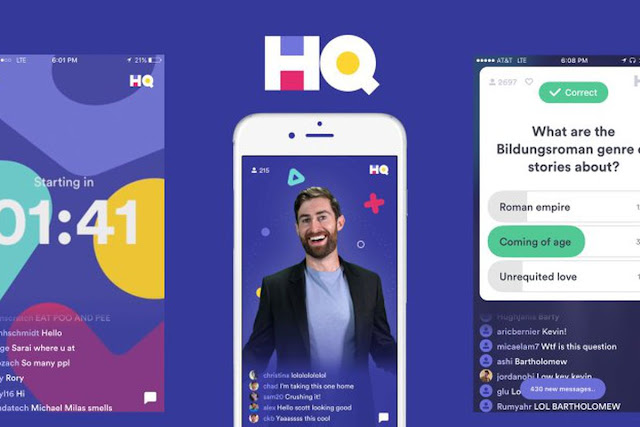 CNN - "Game over for HQ Trivia"

"It's over for HQ Trivia.

The company behind the once-popular live mobile trivia game is shutting down, CNN Business has learned. HQ will part ways with 25 full-time employees.

When HQ launched in 2017, its first game HQ Trivia quickly attracted millions of people across the world who stopped whatever they were doing twice a day to play the game on their smartphones. The company was profiled by The New York Times and its original host Scott Rogowsky became a household name, appearing on programs like NBC's "Today" show.

But over the next year, the game's popularity faded and its parent company was hit with a series of setbacks. The company grappled with internal turmoil, including the death of HQ cofounder Colin Kroll, who died in December 2018 from a drug overdose.

CEO Rus Yusupov said in a company-wide email on Friday that "lead investors are no longer willing to fund the company, and so effective today, HQ will cease operations and move to dissolution." In the email, which was obtained by CNN Business, Yusupov also disclosed that the company had hired a banker "to help find additional investors and partners to support the expansion of the company." He said the company had "received an offer from an established business" and was expected to close the deal on Saturday, but the potential acquisition fell through."
Posted by Eric at 11:03 AM