How Many People Watched the Winter Olympics? 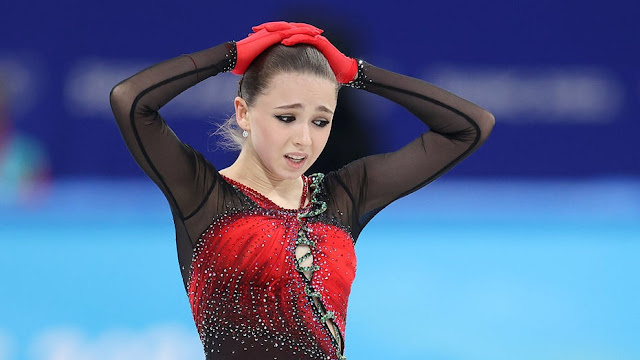 Slate - "The Real Viewership Story of the Beijing Olympics"

"To give you a sense of audiences across platforms, the linear television ratings for the broadcast featuring Nathan Chen’s gold-medal ice skating victory indicated a total of approximately 12 million viewers watched on NBC (and its associated TV channels). Yet, at YouTube, Chen’s Beijing Olympic videos have notched more than 16 million views. For a sense of proportion, when combining the numbers from NBC Sports’ YouTube videos that show Russian skater Kamila Valieva’s Olympic routines, you get more than 11 million views as of this writing. (The numbers might well be higher had NBC Sports left the standalone video of her final free skate posted to YouTube—the dramatic one in which the medals were decided and that was followed by the Russian team’s emotional reactions. As of this writing, the channel is now only sharing Valieva’s final routine as part of compilations featuring her competitors and much short video commentary about that scene that Defector’s Kalyn Kahler called “one of the most riveting and disconcerting sports TV moments” we’ve ever experienced.)
The television programs required enormous production costs, but YouTube, Tik Tok (with which NBC signed an exclusive marketing deal before the Games began), and NBC’s other partner platforms did not; they simply repurpose broadcast videos, meaning that social media’s video recycling only adds to NBC’s profitability. Those social media views will continue accruing for weeks, months, and years. At this point, it is no exaggeration to suggest that the overall social media viewership across all channels (including the official Olympics YouTube channel) for the Beijing Games totals in the hundreds of millions by now.
...
Cannibalizing audience has always been a threat when new media practices displace old ones. That’s the reason newspapers rushed into broadcasting in the 1920s by purchasing or starting radio stations, and why those radio stations bought up television licenses in the late 1940s and early 1950s. What’s largely forgotten today is the extent to which old media models funded those transitional eras. Radio advertising’s enormous profitability subsidized the inventiveness and creativity that early television needed to fully develop, just as television today is funding the online video revolution."
Posted by Eric at 11:24 AM