The Art of Passing 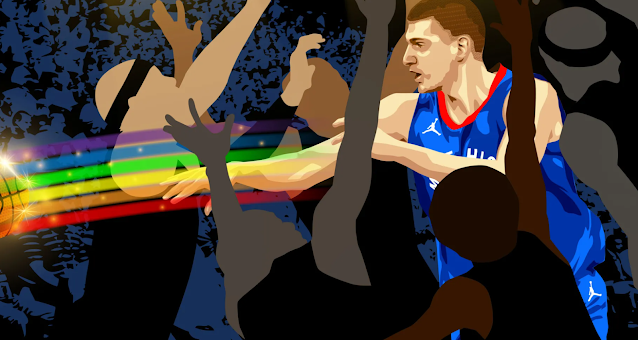 The Ringer - "The Art of Passing"

"In late December, TrueHoop published a piece by David Thorpe with the subheading: 3 pointers dominated for a while, now it’s physical defense. Passing is next. He lists five passes being used with increasing frequency in today’s game. The look-away bullet pass, the hook pass off a ball screen, the bounce pass off the dribble in transition, the slip screen pass leading to the rim, and the half-court thread-the-needle pass in traffic. Thorpe writes, “The way things are going right now, the future is going to hold a crazy rich set of opportunities for players who know how to deliver a killer dime.”

More than ever we see ball handlers come off screens and pass two and three guys away, take advantage of help defenders who would, in the name of readiness, cheat just a bit too far off their man. Sometimes, there’s not enough time to get a second hand on the ball. This has made it all the more important for players to add live-dribble passing to their bags. Say a big sets a screen a step or two above the 3-point line at the top of the key. The ball handler comes off the pick, freezes defenders with his eyes, and fires a left-handed, no-look, live-dribble sling pass to the opposite corner. The best of those are frozen ropes into a shooter’s hands. The best lead ball handlers in the NBA today can rocket one-handed darts with speed and accuracy from great distances and they can do it all with either hand without looking at who they’re throwing to. They can’t afford to telegraph where the ball is headed or have it arrive anywhere other than on target. It must fly true regardless of the angle at which it’s thrown. Odds are, if the pass is at the shoelaces, it might as well have not even happened."