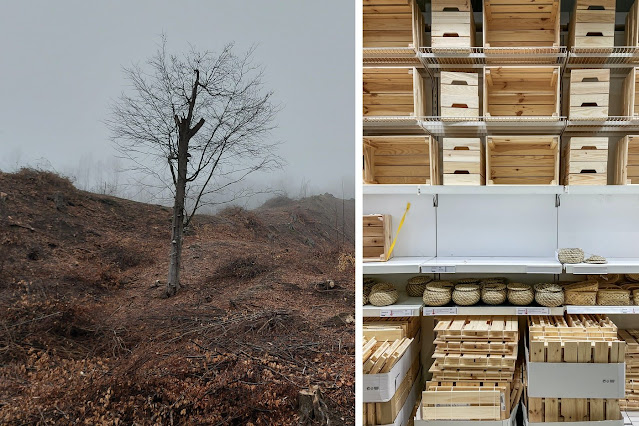 "In an accident of geography and history, Romania is home to one of the largest and most important old-growth forests left in the world. Its Carpathian mountain chain, which wraps like a seat belt across the country’s middle and upper shoulder, hosts at least half of Europe’s remaining old growth outside Scandinavia and around 70 percent of the continent’s virgin forest. It’s been referred to as the Amazon of Europe, a comparison apt and ominous in equal measure, because of the speed at which it, like the Amazon itself, is disappearing.

Most of Europe was rapidly deforested during the industrial era; less than 4 percent of EU forestland remains intact. Romania, far enough from the continent’s industrial centers and long a closed-off member of the Soviet bloc, remained a shining exception. During the country’s communist period, the government converted the forests to public ownership and kept them off global export markets, enshrining the forest management trends of an ancien regime. The result is that Romania retains some of the rare spruce, beech, and oak forests that qualify as old- or primary-growth, having never been excessively logged, altered by human activity, or artificially replanted.

But the fall of communism in 1989 dissolved one layer of protection for those forests, and the subsequent wave of privatization inaugurated widespread corruption. In 2007, Romania’s entry to the European Union created a massive, liberated market for the country’s cheap, abundant timber and the inexpensive labor required to extract it, conditions that encouraged Austrian timber companies and Swedish furniture firms to set up shop. Succeeding fractious, ineffectual regimes enacted further pro-market reforms and did little to curb corruption; in the final months of 2021, the country’s prime minister designate found himself unable to form a government at all. Add to that the astronomical growth of the fast furniture industry, which particularly relies on the spruce and beech that populate these forests, and the result has been a delirium of deforestation.

There’s one obvious, notable beneficiary of this situation: Ikea. The company is now the largest individual consumer of wood in the world, its appetite growing by two million trees a year. According to some estimates, it sources up to 10 percent of its wood from the relatively small country of Romania, and has long enjoyed relationships with mills and manufacturers in the region. In 2015, it began buying up forestland in bulk; within months it became, and remains, Romania’s largest private landowner."