The Rose Bowl—"a football castle in a forest clearing" 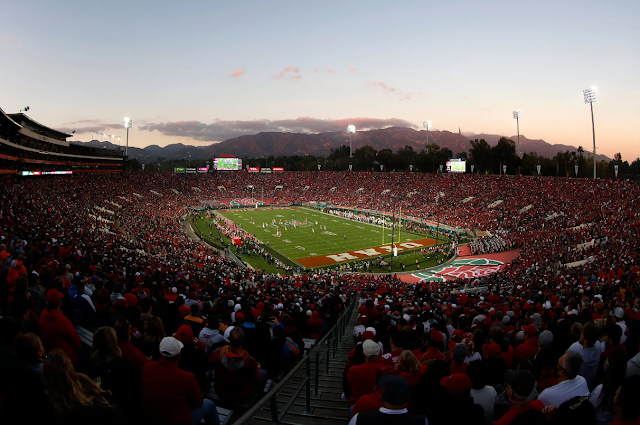 "Inside, the stadium is a canvas come to life. The grass is always the most lush green, and the end zones — painted the colors of the two teams — and the midfield rose are the most vibrant. In most years, as the sun sets late in the third quarter, the spectators — and the million homebound viewers shut in by a winter freeze — are treated (or taunted) by the sunlight dappling the San Gabriel Mountains hues of orange, pink and red.

The rest of the year the Rose Bowl is more than a college football centerpiece.

It has hosted four Super Bowls, World Cup finals for men and women, an Olympic soccer final, and concerts by Pink Floyd, U2 and Beyoncé. For the last 40 years, it has been home to U.C.L.A. football, and for longer than that a monthly Sunday flea market. Most days it is a fulcrum of the community — a place for joggers, bikers, swimmers and golfers.

Its future, though, is uncertain.

The expansion of the College Football Playoff means that this year’s game will be the last matching the Big Ten against the Pac-12 unless they’re pitted against each other through the vagaries of a playoff. The Rose Bowl game will be part of the playoff, but to do so it is giving up its prime New Year’s Day position.

The Rose Bowl will be a site for the 2028 Olympic soccer competition, but not for the World Cup in 2026, which will be hosted by Mexico, Canada and the United States. Instead, World Cup games will be about 20 miles south, at the glittering $4.9 billion SoFi Stadium, which will be the site of this season’s College Football Playoff championship game on Jan. 9."

"“I think it’s the greatest venue for a big game for football anywhere in the country,” Aikman said recently of the Rose Bowl. “I got to play there for a Super Bowl, but my biggest regret is I never played in the actual Rose Bowl game. It’s the most beautiful setting there is. It’s a magical place.”" 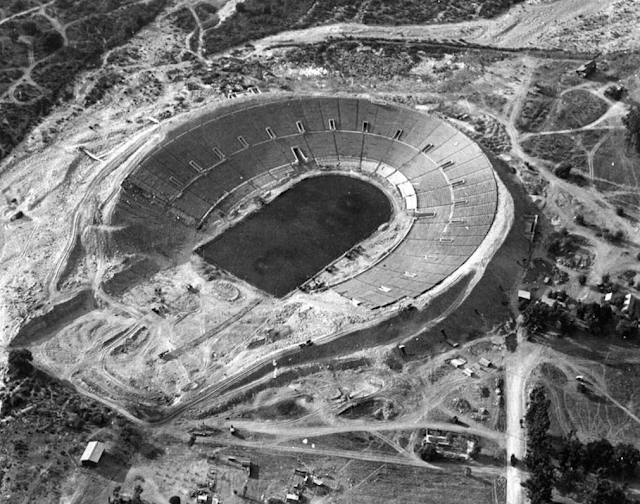 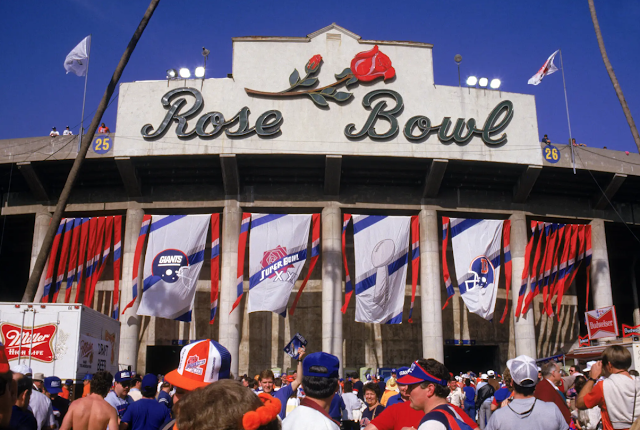 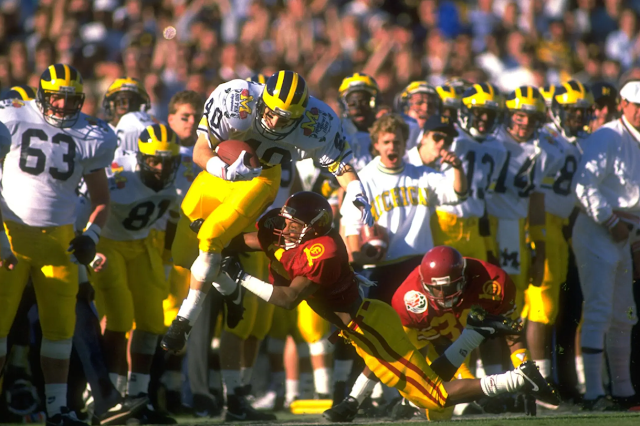