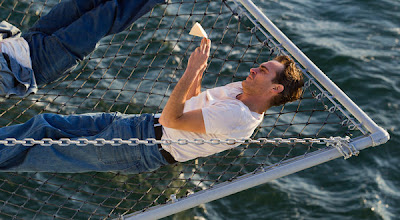 Director P.T. Anderson on working with Actor Joaquin Phoenix for The Master.

"Mr. Anderson said that for much of the shoot, Mr. Phoenix stayed in character. Mr. Phoenix, for his part, dislikes the actorly pretensions of the phrase — “I just hate hearing ‘staying in character,’ ” he said — but he acknowledged the importance of sustaining tension in this case. “Freddie was so extreme,” he said. “I couldn’t physically release and let my body relax, then go back into it.”

His reliance on instinct meant that the first takes were often the most electrifying. “He’s pretty bad at faking it,” Mr. Anderson said. “If a moment gets lost, it’s pretty hard for him to come back to shore. It became clear to me that you better get your lighting right the first time.”"
Posted by Eric at 10:19 AM