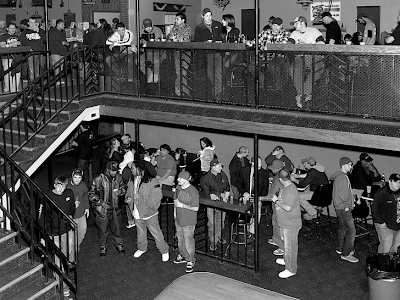 "At the time, North Dakota was ranked ninth among U.S. oil-producing states. By 2010 it had climbed to fourth. In July 2012, monthly oil output reached 20.97 million barrels, and North Daktoa was the largest oil producer in the country after Texas.

Viewed in the global market, the state's oil output isn't huge - Saudi Arabia produces about 10 million barrels a day - but North Dakota's oil boom now accounts for 11 percent of U.S. oil production, and it is the main reason the state government currently has a $3.8 billion surplus"

""This whole area was a field two years ago," [Ward Koeser, presdient of the Williston City Commission]. "By this fall every one of these lots will have a house. I love construction and new buildings. It's new life, new families moving in. But it's just happening too fast. Every master plan the city has prepared is obsolete by the time it's printed. You'd like to have more time to think things through, but everybody is in such a rush.""

"One reason for the lack of dissent may be that there just aren't that many people in North Dakota - the state has a population density of less than 10 people per square mile; Pennsylvania has 284, New York 411 - and the people who are there appear to have weighed the benefits agains the costs."
Posted by Eric at 12:34 PM