"Weil says he looked to the Staunton Chess Set, first produced in 1849 and used for competitions since then, for initial inspiration.

He says, ‘When the initial Staunton set was produced there was great precision – since then a disrepair had set in. I had to unravel the rationale behind the original set.’" 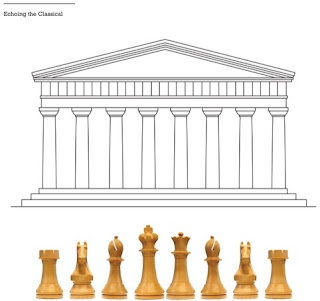