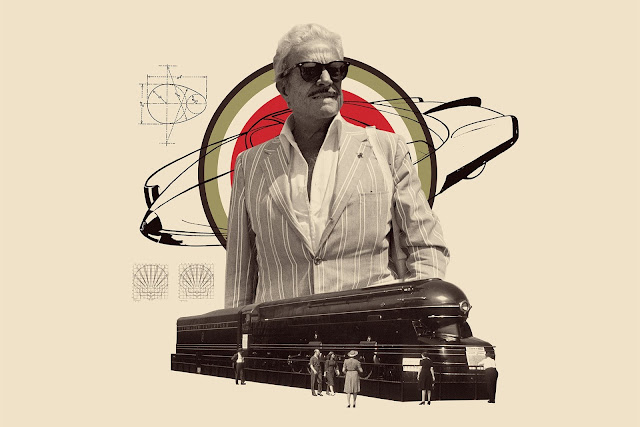 The Atlantic - "The Four-Letter Code to Selling Just About Anything"

"The world below would soon match his dreamy vision. Loewy would do more than almost any person in the 20th century to shape the aesthetic of American culture. His firm designed mid-century icons like the Exxon logo, the Lucky Strike pack, and the Greyhound bus. He designed International Harvester tractors that farmed the Great Plains, merchandise racks at Lucky Stores supermarkets that displayed produce, Frigidaire ovens that cooked meals, and Singer vacuum cleaners that ingested the crumbs of dinner. Loewy’s Starliner Coupé from the early 1950s—nicknamed the “Loewy Coupé”—is still one of the most influential automotive designs of the 20th century. The famous blue nose of Air Force One? That was Loewy’s touch, too. After complaining to his friend, a White House aide, that the commander in chief’s airplane looked “gaudy,” he spent several hours on the floor of the Oval Office cutting up blue-colored paper shapes with President Kennedy before settling on the design that still adorns America’s best-known plane. “Loewy,” wrote Cosmopolitan magazine in 1950, “has probably affected the daily life of more Americans than any man of his time.”"

"Loewy had an uncanny sense of how to make things fashionable. He believed that consumers are torn between two opposing forces: neophilia, a curiosity about new things; and neophobia, a fear of anything too new. As a result, they gravitate to products that are bold, but instantly comprehensible. Loewy called his grand theory “Most Advanced Yet Acceptable”—maya. He said to sell something surprising, make it familiar; and to sell something familiar, make it surprising."
Posted by Eric at 4:10 PM