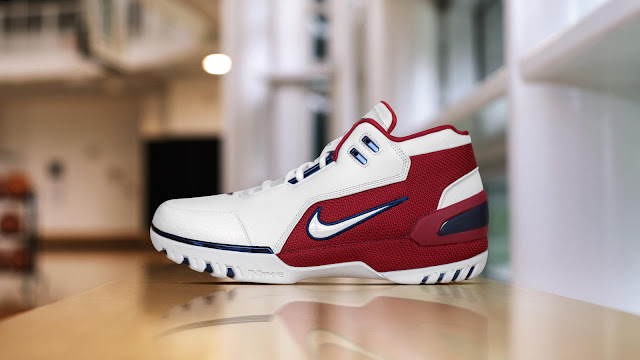 "James and Nike are hoping to tap into a similar nostalgia with the reintroduction of James’s rookie-year sneaker, the Air Zoom Generation, the first sneakers Nike made for James. James is one of the few players, including Jordan, to get a retro release of his own shoe line while he is still playing.

“There is more inherent demand for LeBron’s retro shoe than any of his shoes in the last three years,” Luber said.

Neil Schwartz, vice president at SportsOneSource, a market research firm for athletic footwear and apparel, said LeBron was the most popular basketball shoe frontman among active players, ahead of Kevin Durant (Nike), James Harden (Adidas) and Stephen Curry (Under Armour). But James is nowhere near being the king of basketball shoes.

“LeBron is not approaching Jordan in popularity,” Schwartz said. “He’s not even close.”"
Posted by Eric at 3:10 PM