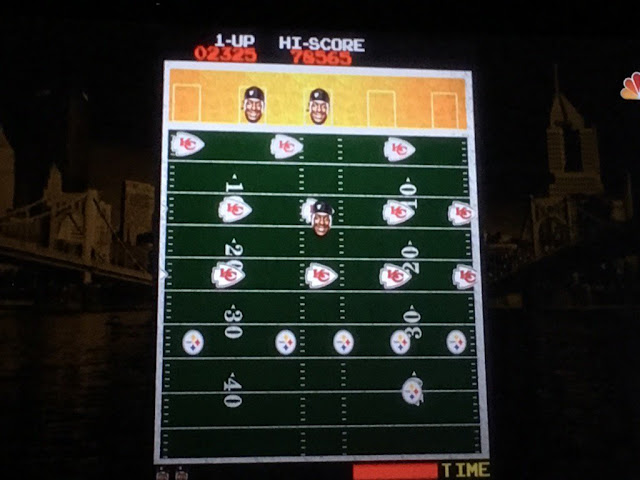 Bell plays chess every day. He’s quite good. He plays speed chess mostly, and said he’d love one day to walk through the parks of chess-mad New York City and pick up some games against people who could challenge him. He thinks chess helps makes him a better football player because it allows him to think two and three moves ahead (which you have to do in chess). Three questions for Bell we didn’t use in the NBC story:

How can you be so calm, and wait near the line while the rest of the field in filled with frenetic players?

Bell: Truthfully I can’t even put it into words. I think it’s just me being confident in my ability and being able to get to my spot when I want to get to my spot. Obviously the offensive line is doing their job. I gotta put a lot of trust in those guys but it’s just me understanding the game of football and I’ve been in a lot of football games and got a lot of carries. That’s me being confident. I know the hole is gonna eventually open. They can’t play it perfectly every time, and I try to make them pay when they don’t.

How was your style born?

Bell: It’s not something that I thought about or really learned … I think when I was growing up five years old when I first starting playing, my uncle always taught me, ‘Find your lineman’s butt.’ When I started getting older—high school, college—I started evolving and understanding what he really meant. Just use your Iinemen, use your blockers so now it’s to the point where I’m literally getting to each spot and using my blocker where he’s at in between me and the defender. Obviously it makes those guys look amazing [when I go through the hole] and it makes me look good too at the same time so we’re all winning … It’s not get the ball and hit a hole; it’s kind of like gliding a little bit, it’s like taking my time, being patient being able to pick my holes, set up holes. Other people I’ve seen, I ask guys who they compare me to and there’s nobody ... That’s what I think makes me different.

You think you’re like any other player in sports today?

Bell: I said earlier in the week [to Tyler Dunne of Bleacher Report] that my game, when it comes to be able to change the game and play the game differently in that way, is a lot like Steph Curry. Steph Curry changed the game of basketball; now everybody wants to shoot the three ball, now basketball revolves around the three … I think I’ll compare my game to his in that aspect just because I have a touch on running the ball a lot differently but very effectively in a sense of run the football--running between tackles, outside zone, inside zone, catching the ball out of the backfield. I’m just a little different in that aspect.