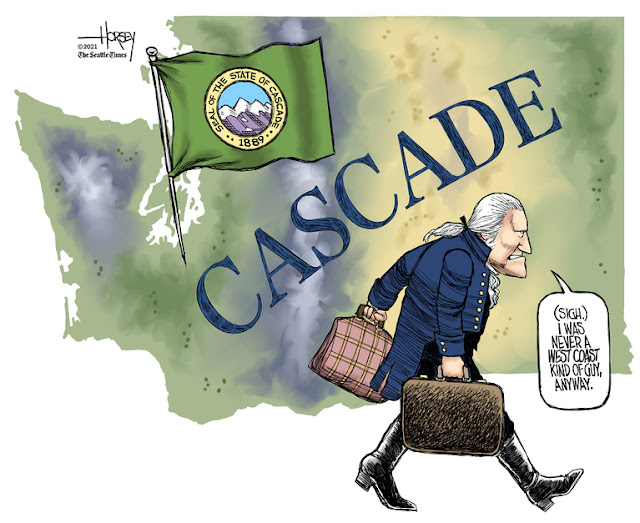 Seattle Times – "Take it away, D.C.: Let’s give our Washington a new name"

"Lest we think state names are sacrosanct, note that scholars still disagree on the origin of the made-up “Oregon.” Supposedly the name of “the great river of the West,” Oregon has been attributed to words vaguely connected to Spanish explorers, French fur traders, Midwestern Native Americans and even a tribe in Connecticut.

“Idaho” was simply invented by a deposed delegate from the future state of Colorado. George Willing falsely claimed it was an Indigenous word meaning “gem of the mountains.” When his own territory wouldn’t accept this flimflam and went with Colorado, the counterfeit was applied to the new panhandle territory."