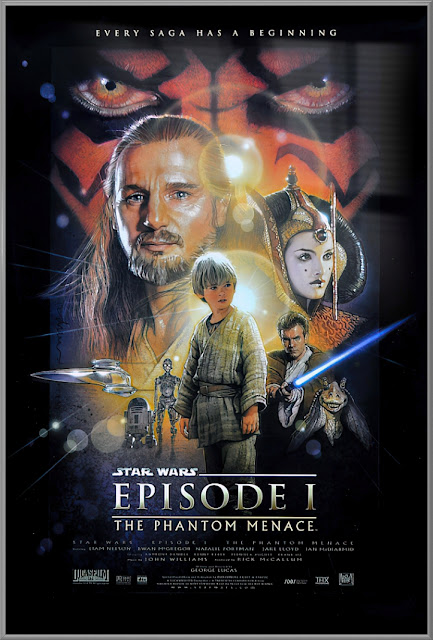 From @DKThompson / Derek Thompson of The Atlantic:

Between the 1970s and 1990s, the share of sequels in Hollywood didn't change.

Since 1999, it's basically been more sequels, remakes, and adaptations every year. 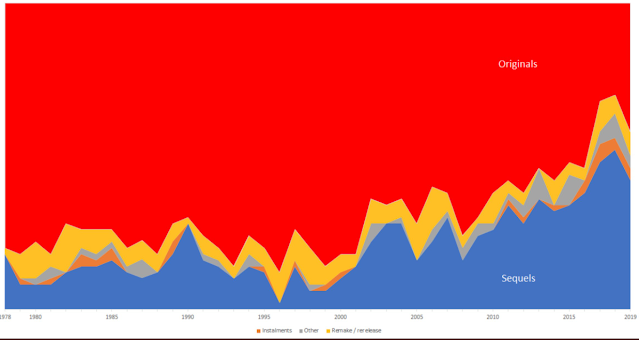 1. Probably the smartest version of the "in the long run, everything is downstream of technology" argument

2. The rise of prestige TV

The 1990s happened to be when cable TV neared its financial apex, drew in big-time showrunners whose hits had a flywheel effect that, over time, sucked original stories to the smaller screen

As marketing costs for films grew, it pushed studios toward safer projects with more built-in "pre-awareness." Late 90s was an inflection point in studios choosing Fewer-Bigger-Familiar over More-Small-Original

I have some fondness for the idea that the Phantom Menace had a kind of Roger Bannister Effect on Hollywood, showing that you can break land-speed records for shitty familiarity and audiences will still show up in droves.
Posted by Eric at 2:19 PM