Slack is Changing Socialization for Work 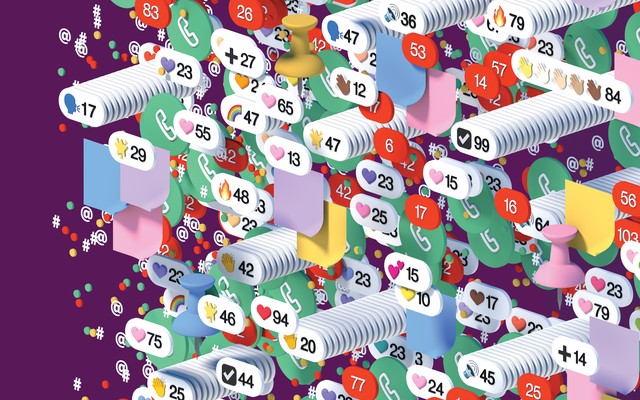 The Atlantic - "Slackers of the World, Unite!"


"Slack was explicitly an antidote to email—the formality, the clunkiness, the crush of useless messages, the bottomless reply-alls, and the chirpily false I hope this email finds you well! s. It organized information by subject (like a message board), not conversation (like email), and its architecture encouraged users to share knowledge broadly. Everything was saved by default, so all the flotsam and jetsam of daily work was captured in a sort of running ledger. It worked on desktop and phone, and made switching between the two seamless."

"Toward the end of my conversation with Stewart Butterfield, he returned to a thought he’d left unfinished earlier: “Before, I said the adoption of something like Slack is inevitable. I don’t mean that, like, if we didn’t make Camel-brand cigarettes, people would buy Winstons instead. I just mean it’s a general-purpose technology. And people do mostly good stuff with computers generally, but people also use computers to do bad stuff, like put ransomware on hospitals. There’s a fundamental kind of moral reckoning with technology right now that if a technology has a bad use and also many good uses, should we take it away in order to prevent the bad use?”

No, but it’s an irrelevant question. Entire organizations have rearranged themselves around Slack. Slack isn’t a backhoe, as Butterfield suggested—it’s a Trojan horse. We installed it on our computers because it was cool, and because it was easy, and because we looked around and everyone else was using it. A generation of workers has bought into this wholly new way of working—one that feels good enough, often enough; one that is interesting and addictive and natural. If companies took Slack away, they’d need to reorient their processes, contend with angry employees, and generally put a great deal of toothpaste back in a pretty big tube.

Whether Slack is better or worse than email, good or bad for workers and bosses, liberating or oppressive or dangerous or delightful or all or none of those things, it’s here."
Posted by Eric at 9:10 AM