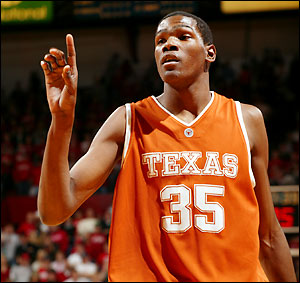 "The NCAA will spend lots of time in court

Tyler's Branch's cover story for The Atlantic last year was a watershed, bringing a flood of calls for change to the lie of amateurism. In 2013, the NCAA will see those waters rise. Especially in California, where a lawsuit against the organization is moving along nicely. The suit has 15 named plaintiffs including former college basketball stars Ed O'Bannon and Bill Russell, alleging that their names, images, and likenesses were illegally used by the NCAA. Newly opened court documents showed that the NCAA knew video-game manufacturer Electronic Arts made products with characters matching "as closely as possible the real-life characteristics" of players. The players, of course, get no cash for it. Just as they get no money from all the replicas of their jerseys sold, or the trading cards with their pictures on it, let alone the ticket sales and TV revenue. That's because the NCAA makes all student-athletes sign forms relinquishing any rights to compensation for their name or likeness. In perpetuity. The lawsuit alleges doing so is a violation of anti-trust. If the courts agree, the NCAA's house of cards could come down. The much-discussed ascendency of the super-conference will finally be at hand."
Posted by Eric at 5:19 PM