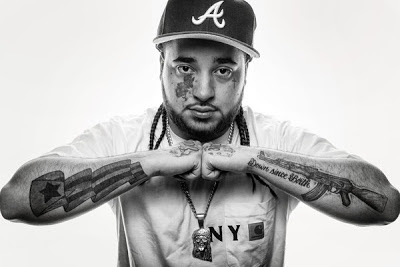 NYT's Jon Caramanica named him Hip Hop's Spirit Guide in a story today. ASAP Yams, half Dominican, half Puerto Rican, is the Puff Daddy to #1 Billboard ranking ASAP Rocky's Notorious B.I.G. Although, Caramanica notes, Yams rather sees himself as the Irv Gotti - the mogul who helped shape Jay-Z, DMX and Ja Rule's careers in the late 90's/early aughts at Def Jam. 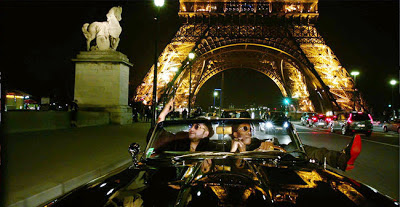 "That meant almost daily work in the studio: listening to records from all sorts of hip-hop scenes, trying out different rhyme patterns and melodies, seeing which sounded best on Rocky. Soon he was incorporating Houston’s woozy moods and the intricate double-time rhyme patterns of the Midwest. “Yams is the hip-hop encyclopedia,” Rocky said. “He’s no joke. That’s one person I can’t front on when it comes to music.” New York rap is typically hermetic, but they were not. For years New York was hip-hop’s center of innovation and its historical repository, so for a young rapper to look explicitly elsewhere for influence verged on heretical.

The sound they arrived at for Rocky after two years of work included DNA from all of those other places, a platonic ideal of deeply schooled hip-hop.

This is a thoroughly modern idea. The Internet has collapsed eras and places, and ASAP Yams spent most of his childhood downloading. That the first artist he molded would sound like the sum of his accumulated taste was no accident.

“We wanted to become big,” Yams said, “but we didn’t want to do it by hopping on somebody else’s wave. We wanted to come in the game with our own wave.”"
Posted by Eric at 9:59 PM