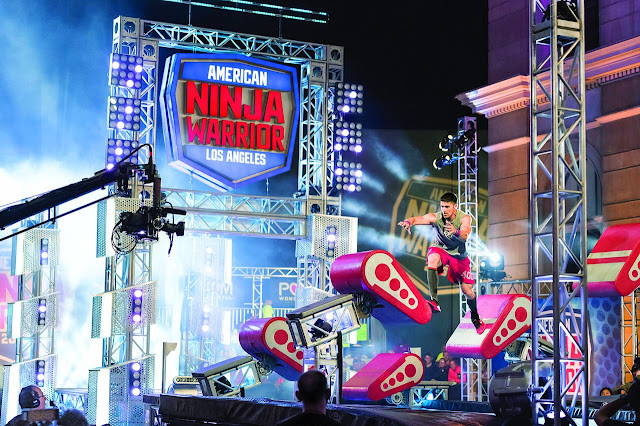 WSJ - "Is ‘American Ninja Warrior’ the Future of Sports?"

"Which brings me back to “American Ninja Warrior,” launched in late 2009 and based on a Japanese obstacle-course show called “Sasuke.” I want to be very clear: Baseball, basketball, hockey and football are in no imminent danger of being eclipsed by ninjas on an obstacle course. The show’s television ratings are solid but still modest—NFL owners would shriek in horror if one of their games drew six million viewers, as last season’s ANW finale did on NBC. But those ratings have been growing, and it’s obvious that the show is connecting with a younger generation of viewers (and their parents, and even their grandparents)."
Posted by Eric at 6:45 AM