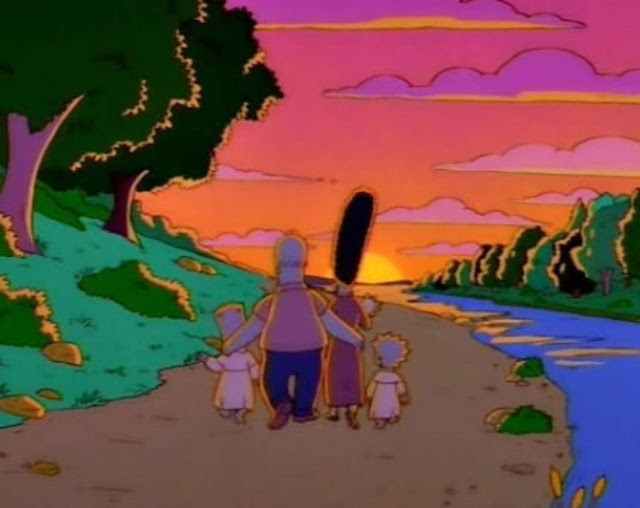 New Yorker - "The Aesthetic Splendor of “The Simpsons”"
By Naomi Fry

"By general consensus, whether on Reddit or in more qualified critical assessments, the Golden Age of Fox’s “The Simpsons” began no later than its third season, and did not extend past its tenth—or even, in the view of some doctrinaires, eighth—season. (Beyond the eighth, as New York magazine suggested, in 2006, significant staffing changes and a general creative fatigue led to a slackening of the animated sitcom’s “high-wire mix of hilarity and humanity”). Those classic mid-nineties years of “The Simpsons,” which is, unbelievably, still on air, and in its thirty-first season, served more than anything, for me, as a kind of ideological guide to life. The show’s plots, which followed Homer, Marge, Bart, Lisa, and Maggie on a variety of more or less realistic capers in the American everytown of Springfield, were written with a sharp eye, but their takeaway was hardly ever unsympathetic. “The Simpsons” had a million cracks and gags, not to mention exceedingly quick and incisive—and sometimes even slightly mean—assessments of American popular culture, but its tender tenor was just as important. Ralph Wiggum might have been the densest kid in Springfield Elementary, but our hearts still hurt for him when he didn’t receive a single valentine on Valentine’s Day. Watching the show, I aspired to be just half as hilarious and as cutting and as sensitive as it was.

...Recently, however, this wistful feeling has lifted a bit, thanks to a new, pleasurable way I’ve found to reëngage with “The Simpsons.” A few months ago, I began to come across Instagram accounts that post single frames from the show. First, I followed @scenic_simpsons, which, according to its bio line, is “dedicated to showcasing the most beautiful scenes, colours, sets and abstract compositions from The Simpsons. Seasons 1 - 10.” Then it was @psychedelic.simpsons (“A journey through the most trippy parts of The Simpsons”—this one, too, concentrating on “only the good seasons”); @surrealsimspons (“Dreams, hallucinations, imaginations and the surreal in the Simpsons”); @existential.simpsons, which includes a variety of anguished moments from the show; and @simpsonslibrary, which collects any “Simpsons” frame that includes printed and written matter (“Obsessive Bride”; “Modern Fart Denier”; “Zagat’s Guide to World Religions”). There seemed to be a “Simpsons” Instagram account for almost any niche predilection: @homer_feels, which collects the many moods of the family patriarch; @sartorial_simspons, which focusses on Springfield fashions; @simpsons_tech, which gives the history of technical inventions that have appeared on the show, like the FM radio and the karaoke machine; and @springfieldcuisine, which shares images of food that has featured on “The Simpsons.”

...When I happen upon almost any image from one of the “Simpsons” accounts, I am struck by how absolutely visually gorgeous it is. This is, perhaps, especially true when it comes to @scenic_simpsons, with its visions of a violet car, its headlights on, cruising in a darkened parking lot full of silent vehicles; or an abstract thicket of trees, their tops as dense and foreboding as storm clouds; or a digital clock on a bedside table, its face glowing 7:59, next to an orange phone. Though they come to us via our hubbub-filled Instagram feeds, these stand-alone pictures are as quietly stunning as any made by our greatest American artists of alienation and loneliness, from Edward Hopper to Arthur Dove." 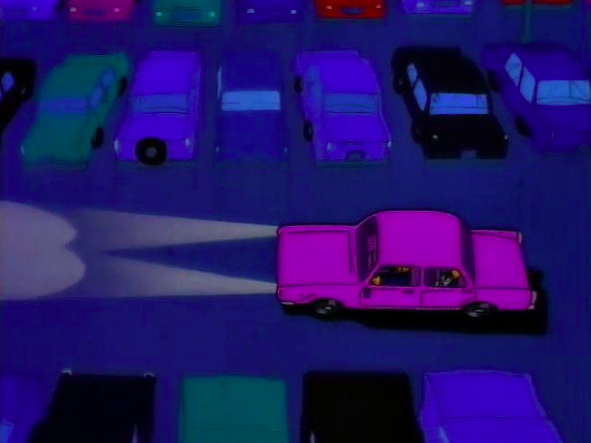 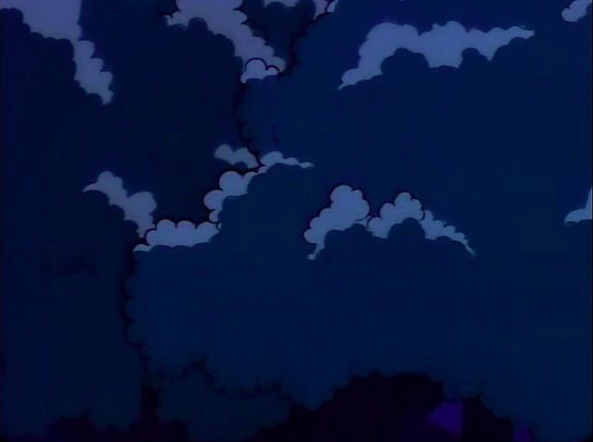 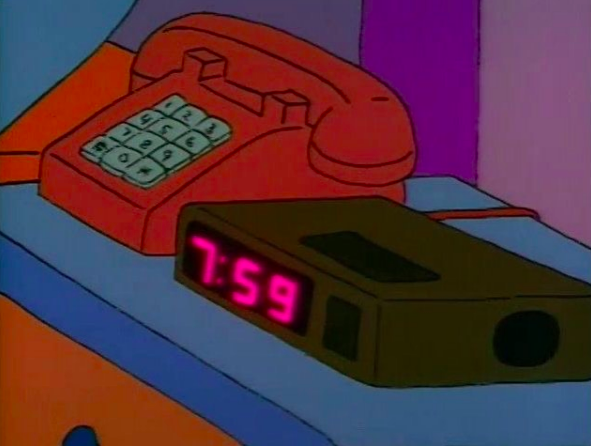