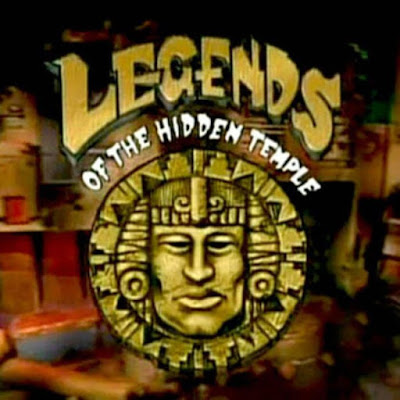 "“Legends of the Hidden Temple,” Nickelodeon’s “Indiana Jones"-inspired game show of the 1990s, is being revived by Jeffrey Katzenberg’s built-for-millennials streaming service Quibi, giving anyone who failed to assemble the statue in the Shrine of the Silver Monkey another shot at game-show glory.

The new series, however, will no longer be an awkward kids competition: The reboot is getting a “Survivor"-like makeover and will be aimed at adults (and superfans) who will compete in the trivia show and Temple games, Quibi announced Monday. It’s also going to be set in a real-life jungle rather than an elaborate TV studio, to appeal to “grown-up” audiences with scaled-up challenges and bigger prizes.

The company, which plans to launch programming as “quick bite” videos, has been feverishly adding programming. It recently announced a series with filmmaker Ridley Scott, a show produced by “Keeping Up With the Kardashians” stars Kris and Kendall Jenner, and projects from singers Justin Timberlake and Jennifer Lopez and NBA star Steph Curry.

It also will reboot MTV’s dating game “Singled Out” and feature a daily hip-hop news show and a short-form version of “60 Minutes.”"

Esquire - "Quibi Is a Streaming Service Like We've Never Seen Before. Here's What You Need to Know."

Varsity Blues: This revival of the iconic 1999 movie has not released a cast yet, but we’re holding out hope that James Van Der Beek will somehow be involved.

Just One Drink: Laura Dern leads this unique Quibi project written by Nick Hornby (Brooklyn, State Of The Union) in which she plays a bartender in a series of stand-alone vignettes between her and the various troubled customers she serves.

Previously:
The Future of Content
How Many Quibis?
Posted by Eric at 10:02 PM