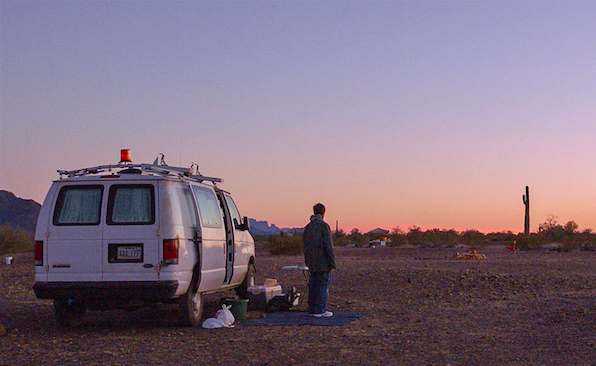 The Atlantic – "The Women Reinventing the Western"

"As Quentin Tarantino remarked in 2013, “One of the things that’s interesting about Westerns in particular is there’s no other genre that reflects the decade that they were made or the morals and the feelings of Americans” so well. “Westerns are always a magnifying glass.”

As Nomadland demonstrates, the conventions of the Western lend themselves well to evoking present-day alienation. Zhao’s nomads—like members of other outcast subcultures in American history—wander the landscape of the West because they have nowhere else to go. Yet they recast (or reclaim) that wandering as freedom, self-reliance, and self-knowledge—an opportunity to achieve a purer, less mediated experience of the natural world than they had back in their old houses or jobs. Like the Lone Ranger, Fern is deeply isolated, which is partly because of her circumstances (the Lone Ranger, too, had lost almost everyone close to him) but also seems innate to her personality. When offered the opportunity to be in a relationship with a kind man (Strathairn), she declines, uncomfortable with intimacy and domesticity. When her sister invites her to stay, she demurs, itching to be back on the road. “It’s always what’s out there that’s more interesting,” her sister says, hurt. In classic cowboy fashion, Fern can only move forward, toward the unknown horizon, even when turning back or staying put would raise her odds of survival."