The Origins of the Boston Marathon 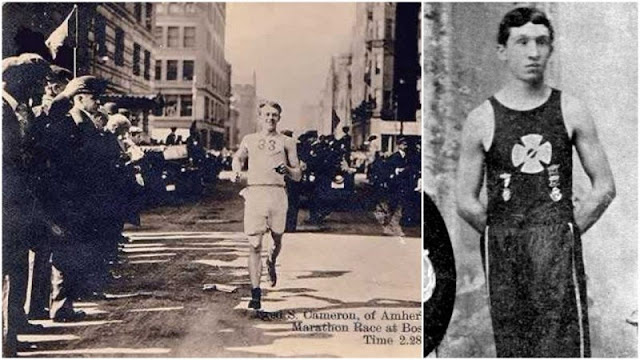 124 years ago today, John McDermott won the inaugural Boston Marathon with a time of 2:55:10 on the fourth annual Patriots' Day.

Why it matters: The Boston Marathon is the world's oldest annual marathon, held every year since 1897 (except 2020). After just 15 people ran the inaugural race, it now attracts over 30,000 participants each year.

In 1894, Massachusetts made April 19 a public holiday, commemorating the Battles of Lexington and Concord and the Battle of Menotomy, which launched the American Revolution.

In 1897, building off the success of the event the previous year at the first modern Olympics, the Boston Athletic Association hosted a marathon to celebrate the holiday.

The big picture: Since 1969, Patriots' Day has been the third Monday in April, and it's become synonymous in Boston with two events: the marathon and an early-morning Red Sox game.

As the long holiday weekend comes to a close, fans can flock to Fenway for the only 11am ET start on MLB's calendar, then walk the mile to Copley Square and catch the end of the marathon.

The marathon is postponed until October this year, but the Sox will still take the field against the White Sox this morning wearing special edition uniforms to honor the marathon.