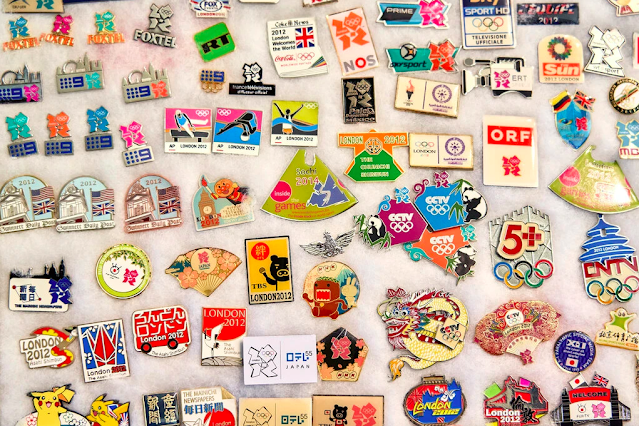 "But stuffing the national coffers hasn’t been the point of hosting since the price tag for throwing the world’s largest gathering started to soar more than a decade ago. Countries vie for the Games hoping for the ultimate look-at-me moment, a slick, multiweek advertisement aimed at the entire planet.

Beyond making new friends, pin trading is about the quest for obscure, hard-to-find treasures. These include pins from African delegations, because they tend to field small teams. (Burundi’s pins are especially prized; the country brought nine athletes to Rio in 2016.) Any country that has recently changed its name will find itself in the cross hairs of pin traders. That means you, North Macedonia, which will compete at its first Games since Greece compelled it to add “North” to its name. "
Previously,
Collecting 1984 Olympics Artwork (July 2019)
Posted by Eric at 10:44 AM