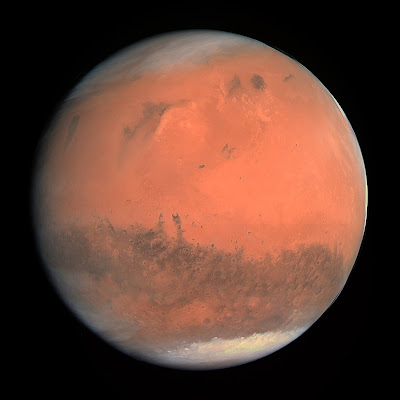 "Advocates of space settlement have long borrowed from an old-fashioned version of the American mythos, which holds that conquering the untamed wilderness of the New World made us better and more democratic as we advanced westward. At least symbolically, space, the final frontier, is sometimes presented as a savage land in need of humanity’s beneficent influence. For a time, SpaceX, the private company run by Elon Musk, called its planned passenger vehicle the Mars Colonial Transporter. (In 2016, Musk announced that the vessel would be renamed, because it might end up travelling “well beyond Mars.”) In recent years, nasa has shifted away from non-inclusive language—the agency now speaks of missions that are “crewed” rather than “manned”—but not everyone has followed suit. “We must remember that America has always been a frontier nation,” Donald Trump said, in his 2020 State of the Union address, while describing renewed ambitions to settle the moon. “Now we must embrace the next frontier: America’s Manifest Destiny in the stars.”"