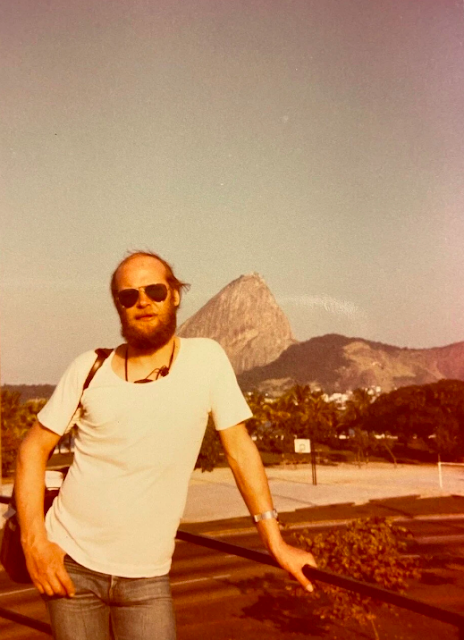 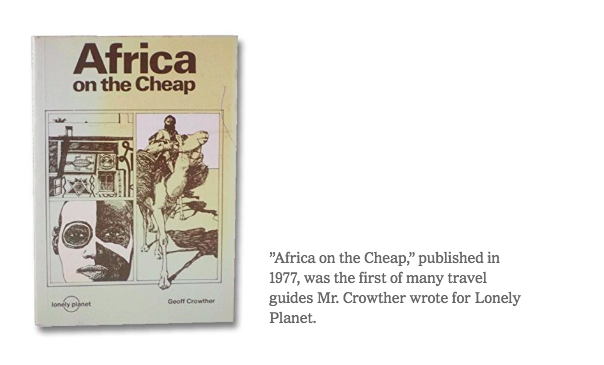 "Geoff Crowther, whose advice in artisanal Baedekers and later as a pioneering author for the Lonely Planet backpackers’ guidebooks lured intrepid travelers to offbeat destinations, died on April 13 in South East Queensland, Australia. He was 77.

In the mid-1970s he began creating homespun mimeographed recommendations and hand-drawn maps (often embellished by his imagination) for an alternative publisher and underground information service in London. He developed a cult following among shoestring adventurers, who welcomed his street-smart insider tips to navigating a world largely undiscovered by American and European travelers.

Mr. Crowther aggregated the lowdown from his own travels and — decades before companies like Tripadvisor — from reader volunteers. He might suggest how to score an antibiotic in Bangkok or where to bed down for $2 overnight, even if it meant sleeping on a roof."