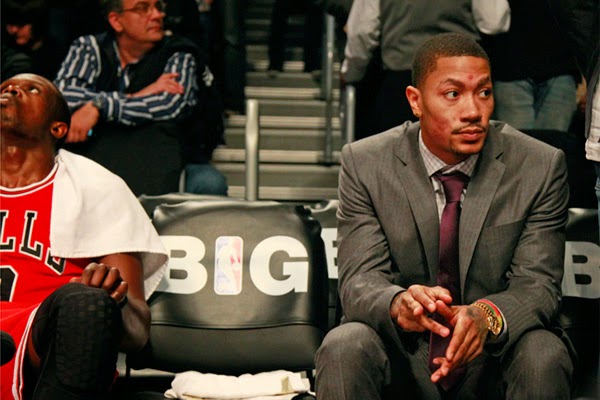 ESPN - "The Third Coming Of Derrick Rose"
By Wright Thompson

"Rose's private plane landed at Midway Airport, a little while later he walked into his apartment high above the city. Sometimes he stands at the floor-to-ceiling windows and thinks. He can see his old neighborhood from his living room, and of all the distances people measure in their lives, such as the 30 months since he tore his ACL, this is the distance that matters the most."
Posted by Eric at 9:15 PM