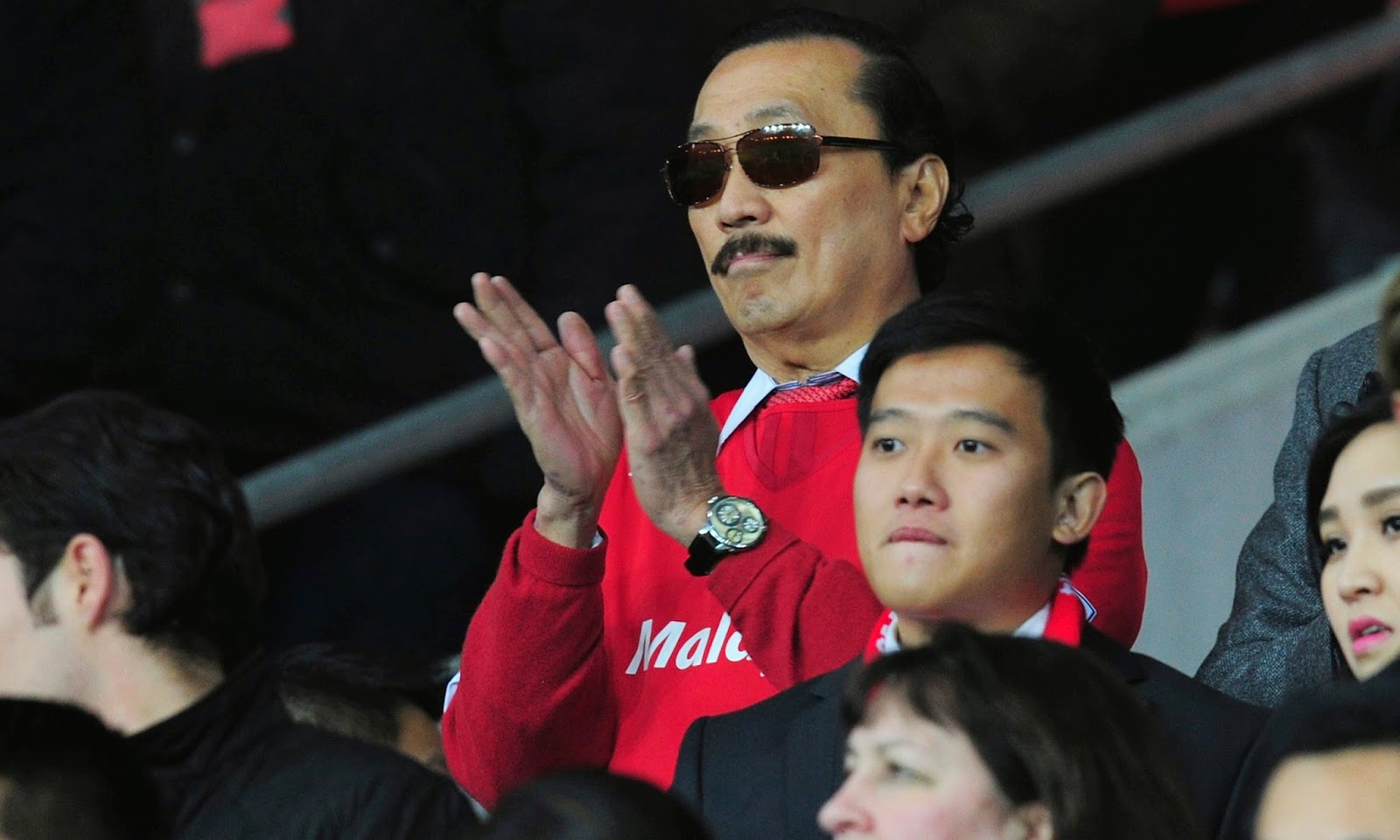 "[Vincent] Tan, Malaysia’s 10th-richest man, gained control of Cardiff City after buying 36.1 percent of the club in 2010. As incoming owners are wont to do, Tan made certain noises about refurbishing Cardiff’s stadium, investing in the team, and, oh, I don’t know, maybe changing a few little details like the name of the club, its crest, and its colors.

Now, changing the name, crest, and colors of a club that was founded in 1899 is not a thing to be done lightly. Cardiff played in home blues, was known colloquially as the Bluebirds, and had a Vale of Arryn–esque bluebird soaring on its crest. That’s the way things were for as long as anyone could remember.

Well, here comes Tan from no-one-knows Malaysia, rebranding Cardiff’s colors from blue to red (“a more marketable color in Asia,” it was whispered) and placing a rampant red dragon, front and center, on the club’s redesigned badge (a creature with “significance in the far east” one site noted, as if Tan had put a set of chopsticks on the badge).

Though Tan later denied he was planning to change the name from Cardiff City FC to the Cardiff Dragons, fans were, it’s fair to say, fucking irate. Many, if not all, of Cardiff’s fans wanted Tan out. And, really, who could blame them?

Of course, that Tan is a foreigner added no small amount of nativism to the discourse surrounding his ownership of the team. Not helping matters was Tan’s penchant for blacker-than-black illegal arms dealer–style sunglasses and the slick-as-hell look of tucking his red Cardiff home kit — worn over a starched-collar long-sleeve button-up shirt — into black slacks, pulled up half-a-hand’s length past his belly button like a villain from one of the Hangover sequels.

As all of this was going on, it’s fair to say that literally no one in the world, with the exception of Tan’s loved ones (and even then, who knows), was #TeamTan. He was labeled THE WORST OWNER IN THE WORLD by essentially everyone. After all, in addition to his callous disregard for more than a century of club history, his alleged lineup meddling, his replacing of Moody with a 23-year-old son of a friend, and his generally aggressive non-European-ness, Tan didn’t know jack-all about the sport besides, maybe, that it involved a lot of kicking and running around.

From the August 17, 2013, issue of The Guardian: “‘He doesn’t know any rules about football,’ Al Chuah, the managing director of one of Tan’s many companies, said before breaking into laughter. ‘He invested in pharmacy without realising what drugs are all about.'”
Posted by Eric at 9:21 PM