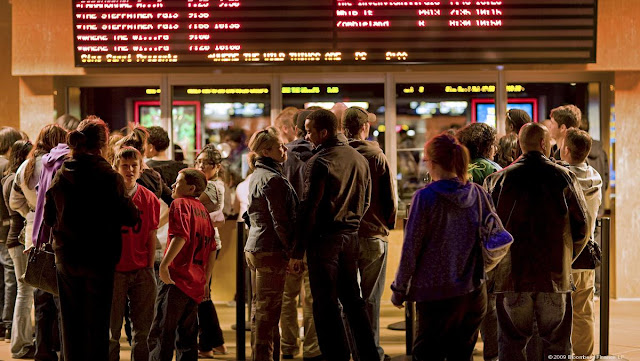 "That was the case for Corey Pendergrass, a 36-year-old plumber in Winston-Salem, N.C., who goes with his wife Brittany to the movies about once a month. When he saw “The Invisible Man” available to rent, he thought it was a chance to see a movie he’d missed when the pandemic closed the local cinema. But only if it cost $10, not $20.

A trip to the theater costs about $18 in tickets, he said, but “there is overhead. You’re supporting local workers. There’s the surround sound.” At home, he added, “I pay the power bill.”

He and his wife have opted instead for subscription-service fare like “Tiger King: Murder, Mayhem and Madness” on Netflix, he said. “I know the movie industry is taking a hit,” Mr. Pendergrass said. “Join the club.”"
Posted by Eric at 10:57 PM