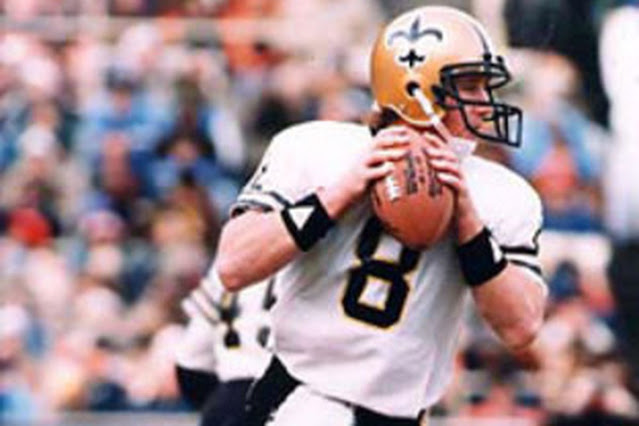 ESPN – "The Inheritance of Archie Manning"

"It's been a busy summer. They tell me they're currently in the process of putting their big house in New Orleans on the market. That's where they raised their three sons, and now they're downsizing to a condo a few blocks away. Archie is 71, and Olivia's 71st birthday is in a few months. Their children are grown and gone, and that home is cavernous without the noise and dirty laundry and nonstop football games and driveway basketball shootouts. They bought the house when their lives were expanding. That was a long time ago. They said their middle son, Peyton, is particularly upset about the loss of his boyhood home and all the memories they made there, he being the most sentimental of the three. His parents politely told him that yes, they were aware of his immense wealth, and that no, he couldn't buy it, because what would he do with it, and because life is a circle and they are now in the age of shedding things.

Archie sends out texts every morning to his children and grandchildren and a few of his grandchildren's high school teammates. Sometimes scripture. Sometimes a thought for the day. Sometimes he sends a quote. When Drew Brees decided what the world really needed was his opinion about a protest of social injustice in America, Archie's daily motivational text message the next morning quoted Will Rogers: "Never miss a good chance to shut up."

He checks in on former teammates at all three levels. The fruits of those conversations pepper his daily life: He'll talk about a guy who was on the Saints for two years who has a son who plays college ball out west now, or maybe about a guy from Mississippi who owns a duck-hunting farm or something.

"I'm going, 'Dad, what the hell are you talking about?'" Cooper says.

Sometimes Olivia or the boys will ask him about his day.

"I got a lot of work done," he'll say, and what he means is that he called or wrote about 40 people. It's how Archie chooses to spend his time. Some of this is Archie understanding that a note from him means a lot to people. But he also doesn't want to disappoint. He rarely tries one of the endless and fabulous new restaurants in New Orleans because he feels so guilty.

"The old places have always been so good to me," he explains, "and I feel like if I hadn't been in in six weeks, it's kind of like, 'Where you've been?' So I try to be loyal and faithful.""