The Inspiration Behind the Space Needle 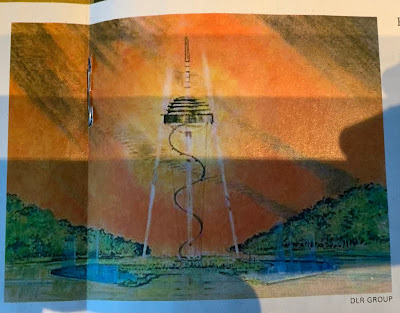 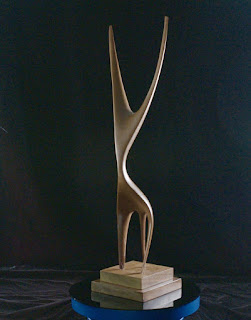 THE SPACE NEEDLE’S design didn’t just happen. It went through numerous incarnations, some quite far-fetched.

In his book, “Space Needle: The Spirit of Seattle,” Berger itemized some of the discarded ideas.

In one concept, there was a cable-tethered tower restaurant, resembling the shape of a cocktail shaker. Then there was the dramatic drawing of a restaurant that looked like a flying saucer, hovering over a man-made lagoon.

Berger traces the history of the design to April 1959, and Eddie Carlson, a local guy who made good as a hotel and airline executive and led the effort that resulted in the 1962 Seattle World’s Fair.

He and his wife were vacationing with friends in Europe, including a stop in Stuttgart, Germany. They dined at a famous restaurant atop a 712-foot TV tower.

Carlson was so impressed with the views that the next day, “He sketched something resembling a ring or a flying saucer at the top of an obelisk and wrote the word ‘Space Needle’ under it,” writes Berger.

From that doodle on a napkin, or possibly a place mat, or something else — the original one has been lost — the concept ended up with Seattle architect John Graham’s firm.

None of the initial designs by the firm clicked.

That’s when Graham brought in University of Washington architecture professor Victor Steinbrueck for the summer at $5 an hour ($44 in today’s dollars). This was the same Steinbrueck who later led the campaign to save Pike Place Market.

Steinbrueck made more than 1,000 sketches until finally he came back to a 2-foot teak sculpture he had bought from artist David Lemon. It was an abstract figurine with three legs rising to a narrow waist, arms extended upward. Its name was “The Feminine One.” That was his inspiration.

Writes Berger, “It defies the almost-universal idea that towers are masculine symbols … For a 600-foot-tall tower restaurant, there were many cooks in the kitchen, but instead of spoiling the broth, they had cooked up a superb Space Age souffle.”