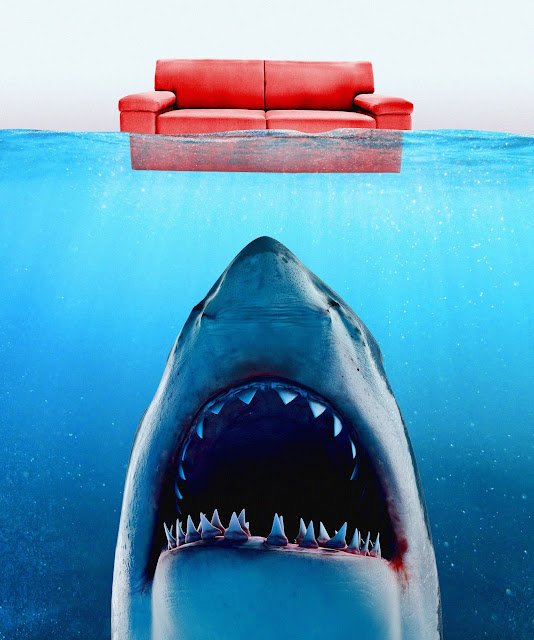 "Theaters won’t disappear completely, but they are more likely to become rare first-class events rather than everyday experiences for the masses. To some extent, this was already happening, with comfier seating and more upscale concessions, and ticket prices rising in tandem. In the aftermath of the pandemic, moviegoing, once a Saturday-afternoon time waster and the go-to option for an inexpensive date, could become a comparatively rarefied luxury.

But as theatrical viewing becomes a luxury, movies will become more accessible than ever. The shift to subscription-based home viewing will expand choice and access by reducing the time commitment and cost of watching a movie. Just as Blockbuster Video educated a generation of VHS-obsessed cinephiles in the 1990s, the next generation will grow up with streaming libraries of studio back catalogs.

And as the blockbuster moves from the theater to the couch, it will inevitably reshape itself to the contours of that format. On-demand viewing is likely to result in studios putting greater emphasis on intricately plotted serialized stories that play out over the course of years.

These kinds of stories were almost impossible in the era of network television, when viewers had to catch shows precisely at the moment they aired. But at home, when you can watch at your leisure, filmed narratives can play out over multiple seasons and dozens of hours. Theatrical blockbusters were already sliding in this direction — witness the interconnected, workplace-comedy-like structure of Marvel’s superhero films, or the eight-film sprawl of the “Harry Potter” movies — but there are limits to what can be accomplished in a two- or three-hour time frame, where viewers expect a clear resolution and can’t pause when they to go to the bathroom. Streaming dissolves those limits.

To some extent, the shift is already happening. The Disney+ streaming service recently announced an ambitious new slate of content — 10 new “Star Wars” TV series as well as a new film, and at least another 10 superhero series from Marvel. Arguably, this year’s biggest blockbuster wasn’t a movie at all but a TV show airing on Disney+: “The Mandalorian,” a delightful and occasionally profound adventure series set in American pop culture’s most enduring fictional universe that manages to improve on the recent movies in nearly every possible way. Big-name directors like Ridley Scott and David Fincher have transitioned to streaming services, bringing their grim signature obsessions (despair, robots, serial killers, despair) with them and further blurring the lines between movies and television.

That’s because blockbusters aren’t just big, expensive movies that involve superheroes, magic wands or laser swords: They are also social flash points, touchstones in cultural conversation, common references for how America thinks, perceives and talks about itself. From the original “Star Wars” to “Jurassic Park” to “The Avengers,” each blockbuster is a sign of its times, a shorthand for an era and its obsessions, a way of remembering and reflecting what caught our attention way back when.

The biggest and most successful of these films achieve a virtually unmatched kind of cultural penetration. It can seem as if everyone has seen them, and even those who haven’t have somehow developed an osmotic sense of what they were about. “Game of Thrones” was a couch-era blockbuster — you could see it in your living room. Like all great blockbusters, it gave us more than just something to watch. It gave us something to talk about, a platform for argument and exploration, a mirror onto our own life and politics — and, OK, some pretty incredible twists.


For better and for worse, the next generation of blockbusters is likely to look more like “Game of Thrones” and less like “Tenet.” It will give us sprawling worlds, fictional sandboxes and interwoven stories and systems that demand time and attention to understand, or at least explain.


And the next era of blockbusters is likely to include works that aren’t even, strictly speaking, movies or TV shows, like Cyberpunk 2077, the year’s most anticipated video game, which stars Keanu Reeves. It, too, has been surrounded by great hope and greater hype.


But for those of us still stuck at home, both Cyberpunk 2077 and “Wonder Woman 1984,” in their own disparate ways, offer the same tantalizing promise as all blockbusters: They’re communal experiences, even from the couch. And who knows? They might even live up to their hype.""