"Chartreuse... the only liqueur so good they named a color after it" 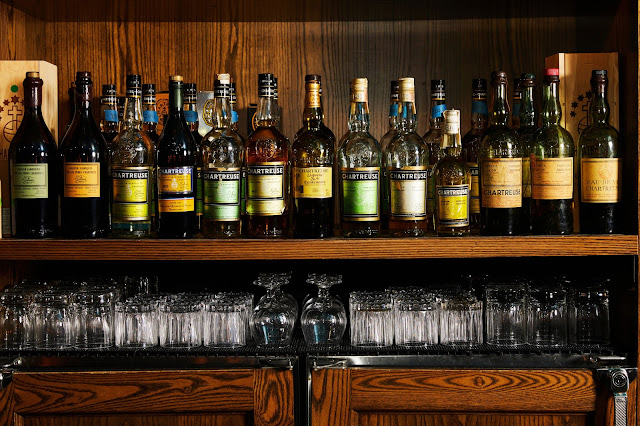 New York Times – "An Elixir From the French Alps, Frozen in Time"
"A Millennium Ago

The year was 1084, and seven men in search of isolation and solitude took refuge in southeastern France’s Chartreuse Mountains — “the emerald of the Alps,” as the French writer Stendhal called them.

According to legend, centuries later, in 1605, the order’s monastery near Paris received an alchemist’s ancient manuscript for a perfectly concocted medicinal tonic of about 130 herbs and plants: the “Elixir of Long Life.”

The monks studied and slowly refined the recipe until by 1764 they had a potent (138-proof) Elixir Végétal, which a lone monk, Frère Charles, delivered on mule to nearby towns and villages. In 1840, they formulated a milder, 55 percent alcohol version, Green Chartreuse, and a sweeter, 40 percent Yellow Chartreuse. Both have become popular cocktail ingredients, while the Elixir continues to be sold medicinally for ailments such as indigestion, sore throat and nausea.

Remarkably, among them, only two monks know the full 130-ingredient recipe.

“The secret of Chartreuse has long been the despair of distillers, just as the natural blue of forget-me-nots has been the despair of painters,” reads an 1886 document referred to in a recent history of the company and order. Father Holleran spent five years overseeing the distillation process, ordering ingredients and planning its production schedules. When he departed the site in 1990, he became the only living outsider to know the liqueur’s ancient formula.

“It’s safe with me,” he said. “Oddly enough, they didn’t make me sign anything when I left.”

This trade secret is both a marketing coup and a potential catastrophe. “I really have no idea what it is I sell,” a Chartreuse Diffusion president told The New Yorker in 1984. “I am very scared always. Only three of the brothers know how to make it — nobody else knows the recipe. And each morning they drive together to the distillery. And they drive a very old car. And they drive it very badly.”

Beyond the two monks who now protect it, all the others — Carthusian or not — involved in the production of Chartreuse know only fragments of the recipe.

The pandemic slowed, but didn’t halt, this transition. Covid-19 did, however, completely disrupt the trek that Chartreuse makes from Aiguenoire to consumers, especially overseas, where the company has been making inroads for more than a century.

In 1912, a dessert of peaches swimming in a Chartreuse gelée made history as one of the final first-class dishes served aboard the Titanic. Before and during Prohibition, some Americans encountered Chartreuse through the Last Word, a cocktail developed at the Detroit Athletic Club and sold for 35 cents, a tidy sum in 1916 and over $8 in inflation-adjusted terms. A few decades later, in the 1980s, another Chartreuse cocktail — the pineapple-juice-based Swampwater — enjoyed brief popularity among college-age drinkers.

The mixology renaissance of the 2000s reopened the door for unique spirits like Chartreuse. A “bartender’s darling,” it’s often served in cocktails, on the rocks or in liqueur-infused desserts, said Tim Master, senior spirits director for Frederick Wildman, the sole Chartreuse importer in the United States.

The trendiness of artisanal, small-batch booze — along with the liqueur’s unusual color, flavor and history — has helped keep Chartreuse relevant despite its age. " 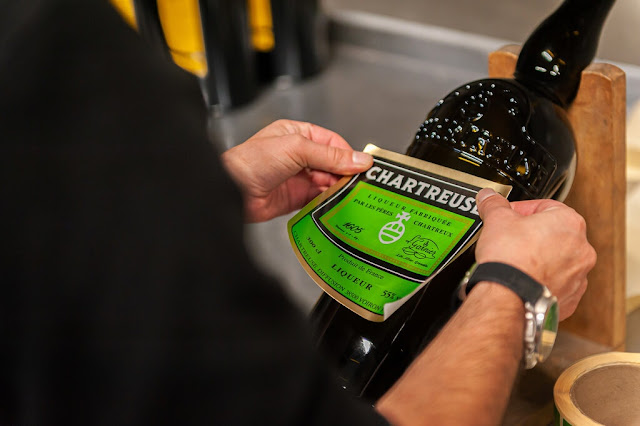