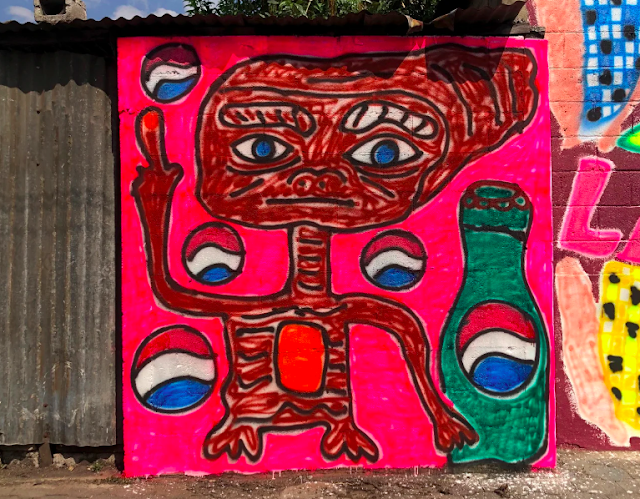 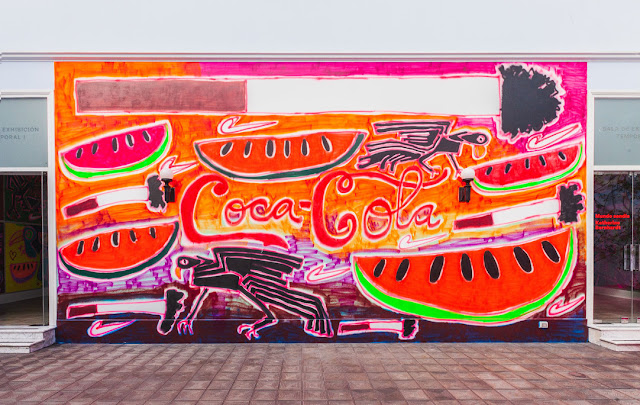 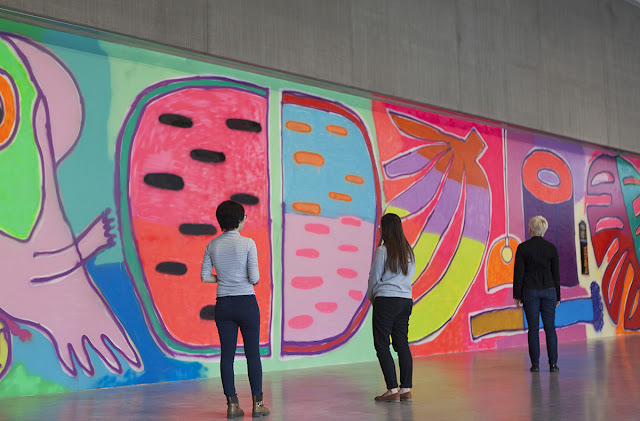 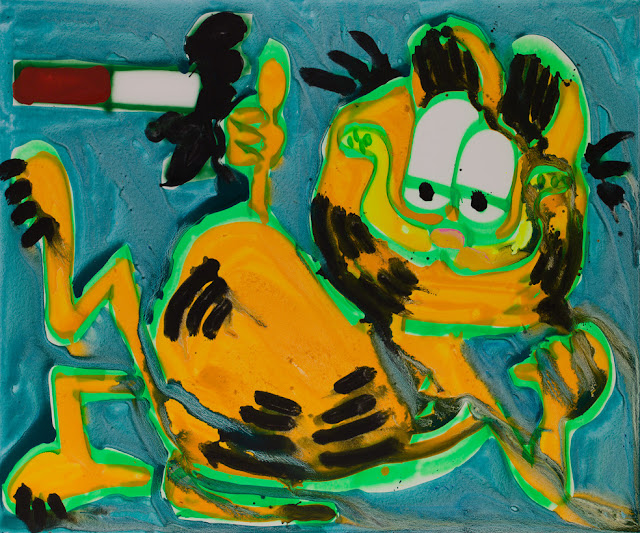 "The New York City painter has been in Antigua, Guatemala, making murals and mingling with exotic birds by the pool.

What kind of work have you been making?
I have been working on painting items from popular culture in Guatemala and things found around Antigua. Coffee Mate is popular at the breakfast table here, so I’ve been painting it. It’s hard to find, though, since birds here swoop onto the table and fly off with it in their beaks. They prefer it to any of the other types of sugars and sweeteners available. I also found a Little Caesars pizza box in the street the other day while on a walk. I’m painting that too.

Where are you making work, and is that typical or unique to this situation?
I love working outside and working at different spots around the hotel grounds. The vibe feels kind of like scenes when Penélope Cruz is painting from the film Vicky Cristina Barcelona, one of my favorite movies!

To what degree would you say the work that you’re making is at all “about” the crisis?
Some of it is about the crisis (the mural), and some works on paper focus on it. And all of it is about Guatemala, where I am unexpectedly located, thanks to the borders being closed.

What have you been reading, watching, and/or listening to?
I read the local daily newspaper, Prensa Libre. To put this crisis in perspective, I have recently reviewed the introduction in Boccaccio’s The Decameron and am about to read El amor en los tiempos del cólera, by Gabriel García Márquez. And I have just finished bingeing Tiger King. And I am listening to my usual music: Bad Bunny."

"What would you say is the soundtrack of your quarantine?

Mero: Bad Bunny. When I'm not in my house I'm uptown, Washington Heights. That's the soundtrack to that 'hood. I was so hyped to be out drinking in the street, listening to this music. Now I guess it's gonna be headphones for me.

Desus: Little Dragon’s new album, New Me, Same Us dropped right when this was starting, and now it feels like I'm in some weird independent movie and that's the soundtrack. One of those weird things where you didn't mean to link two things together. "
Posted by Eric at 2:09 PM