The Music of The Last Dance 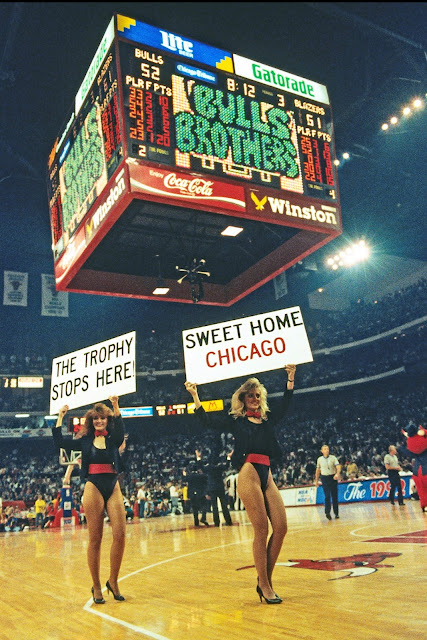 "How one experiences “The Last Dance,” ESPN’s 10-part documentary series about Michael Jordan’s final season with the Chicago Bulls, depends largely on the viewer’s relationship with the man commonly regarded as the most famous — if not best — player to professionally dribble a basketball.

But one element has received near-universal praise: the music. Beyond the dramatic strings and moody transitions typically found in documentaries, the makers of “The Last Dance” have assembled a soundtrack that not only snapshots the music of Jordan’s era — particularly hip-hop — but organically accentuates both the documentary footage and the actual basketball being played.

“Been Around the World,” the opulent 1997 Puff Daddy track featuring Mase and the Notorious B.I.G. that opens the documentary, perfectly captures the cultural glamour the Bulls had attained by the late ’90s. A montage of Jordan’s 63-point playoff game against the 1985-86 Celtics is perfectly synchronized to the booming percussion and braggadocious rapping of LL Cool J’s “I’m Bad” — marvel at how Jordan eyes the opening tipoff as LL’s voice builds in pitch and intensity.

But hip-hop is by far the dominant influence. “The entire story of the Bulls for someone like me, who’s 43 years old, is grounded in nostalgia,” Hehir said. “I really wanted to reflect the music of the times in telling the story of the ’80s and ’90s and the world the Bulls were living in.”"
Posted by Eric at 1:22 PM