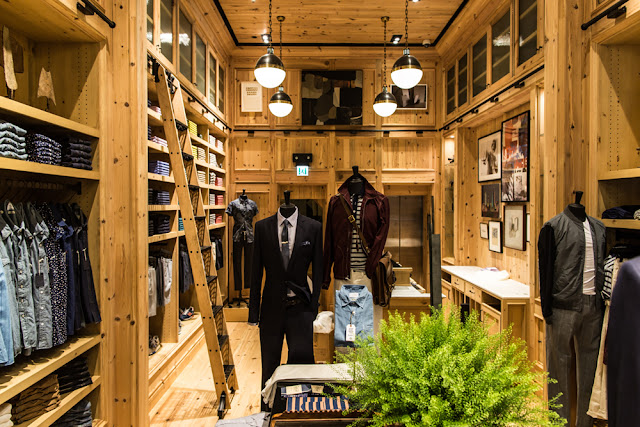 Washington Post – "J. Crew taught men how to dress. Its bankruptcy leaves them on their own."
By Derek Guy of Die, Workwear!

"But even as J. Crew struggles to turn a profit, men who are trying to build a better wardrobe very much need companies like it. J. Crew served as a bellwether for American men’s style — not necessarily setting the trends so much as confirming them. In doing so, J. Crew helped men dress better without trying too hard.

J. Crew didn’t start the heritage menswear movement that defined men’s fashion during the late aughts, but it was its most visible mass-market retailer. By framing cotton button-downs and chinos in the context of throwback masculinity, J. Crew made them seem more interesting and less utilitarian than the cotton button-downs and chinos in the stores on the other side of the mall concourse. The company struck a happy medium: less staid than Brooks Brothers, with more flavor than the Gap. It was more relatable than Dior but not a caricature like Abercrombie & Fitch. Most of all, it provided all its “elevated" basics under one roof and at affordable, mid-tier prices.

For millions of men, it was at a J. Crew store where they first got to handle chin-strapped chambray shirts, spongy Fair Isle knits and heritage brands such as Barbour and Baracuta. By telling the history behind materials such as madras — a once-rare fabric made famous in the 1960s by Brooks Brothers — J. Crew helped make classic American clothing feel relevant to a younger generation.

J. Crew lowered the barriers of entry and made a higher-quality wardrobe accessible. It used a relatable design language and told stories about clothes that inspired confidence and made dressing well something to aspire to. The once-innovative, now-cliche J. Crew pieces — the gingham shirt; slimmer-fitting, flat-front chinos; narrow-lapel suit — became the professional guy’s uniform because they made guys look better.

In some ways, fashion has developed along the same trajectory as television. Back when everyone had cable, you could discover things without looking too hard. Because everyone relied on the same small number of networks, the best shows continually popped up in conversation. Today, the Internet has made possible a near-infinite number of streaming services. There’s more niche programming, but you have to pay closer attention to know what to watch.

Today it’s unclear whether J. Crew will be able to find a way forward. The company has lost most of its cultural capital, it’s saddled with $1.7 billion in debt, and it has trained customers to shop on sale with near-constant promotional codes. But many men would still benefit from having a J. Crew — or something like it — nearby."
Posted by Eric at 1:27 PM